Projects of the German Culture Center of Engels 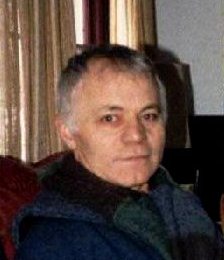 THE INTERNATIONAL LITERARY CONTEST
dedicated to the 75th anniversary of the birth of Victor Shnitke, poet and writer.

This project is timed to the 70th anniversary of the release of USSR Presidium  of the Suprime Soviet decree of 28th August, 1941 "On the resettlement of Germans living in the Volga region".